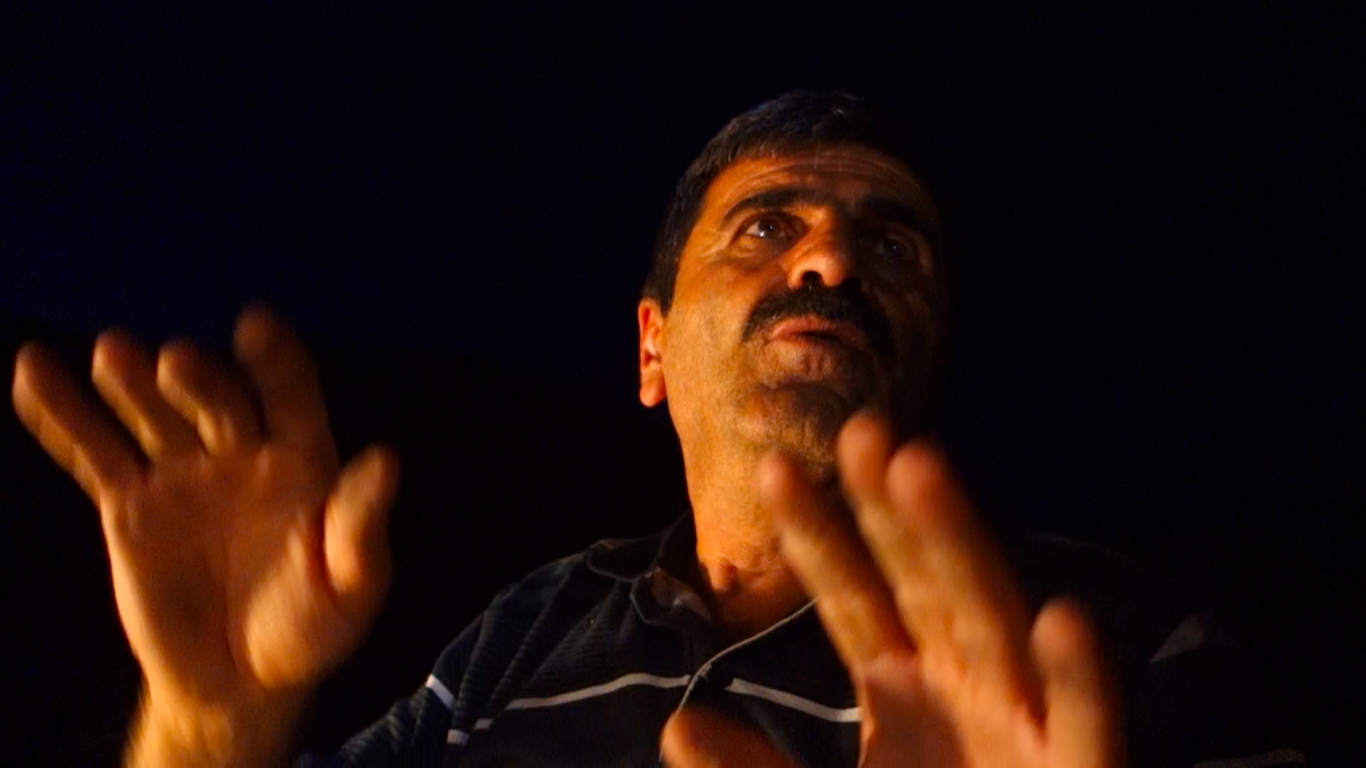 Setting of from Erzincan I had the idea to see how far I could unicycle in one 24 hour period. The first part of the attempt went really well. Starting at 2pm I had covered 40miles just past 7. Spotting a bus shelter I decided to take a break for half an hour and then get back in the road at 8pm. The light faded around me and by 8 I was cruising along with my front touch lighting my way and rear light flashing. I felt safe and if anything felt that the cars and lorries were giving me more room that normal.

Unfortunately my night ride only lasted for 5 minutes as a lorry pulled up in front of me and the driver stepped out. He asked asked if I wanted a lift to Erzurum. This in itself isn’t all that strange and had happened every now and again on this tour.

In hindsight it might have been a good idea to take this offer, but at the time it seemed silly to go all the way to Erzurum and then the next morning have to take a 2hour lift back, so I declined.

The next sentence the driver spoke scared the poo out of me. Pointing to the far hills he insisted “terror terror!”. Simultaneously miming holding a rifle and firing it!

It was at this point that I realised that I had made a bit of a mistake and that riding through the night (on an completely unsubtle) unicycle, in an area that had recently had some terror attacks, definitely wasn’t the smartest thing to be doing. So I decided to abandon the 24 hour ride, thank the driver and search for somewhere safe to camp.

Up and away from the road I found a field and suitable (if not a little spiky!) hedge to sleep under. I couldn’t be bothered with the tent and just sleeping with the roll mat and sleeping bag meant that I could get away much quicker in the morning. It also gave me peace of mind that I could see and hear what was going on around me.

Apart from the road 50 metres away there was very little light pollution so that night I had an amazing view of the stars and even caught glimpses of a couple of shooting ones. But as I lay there I couldn’t really appreciate it as my mind was racing considering the less than optimum situation I found myself in.

I eventually did manage to fall asleep only to get woken up 2 hours later by a shaft of touch light across my face. There was light and voices coming from the next field just 200meters away. Once I was sure there was no stray light falling on me I reached for my glasses which revealed there were 3 guys each scanning the next field with their torched. They hadn’t seen me, but were obviously searching for something.

My heart raced once again and a lay there frozen considering what my options were. I could have potentially worked my way deeper into the hedge and hidden behind a mound of grass on the other side, but at that point I just opted to lay still, watch the moving torchlight and try to predict which direction they were heading.

Occasionally the light would fall in my direction and I’m in no doubt that if my heart rate was being monitored, you would have seen a considerable rise at these times.

At one point all 3 men collected together. From the light that they were now directing at each other I tried to make out if they were holding firearms. From what I could make out, from my less than ideal vantage point, they weren’t which helped put me at ease if only for a second as I watched them, now in my field, making their way around the hedge line! Where I was positioned I was in no doubt that if they continued to follow the edge of the field they would definitely find me.

Obviously I have no idea who they were, or what they were doing, and in all likelihood meant me no harm, but when you’ve recently spoken to a local lorry driver who reenacts terrorists shooting rifles, shouting “terror terror!”, your mind tends to focus on the worst outcome.

I was seconds from slowly working my way out of my sleeping bag to slowly put on my boots, to then slowly move the unicycle over the grass mound, when the torch lights disappeared and I heard the guys head off down to the road.

I stayed up for another half hour to ensure that they really had gone before I attempted once again to try and get some sleep.

Don’t worry though. If feels safe here in Turkey during the day and I think chances are it would have been absolutely fine to cycle at night, but after speaking to that lorry driver, I definitely wasn’t going to risk it. I do hope to attempt the 24hour ride again at some point, but for now, until I’m somewhere free of terror threats, I’m going to stick to cycling in the daytime.

This is a widget ready area. Add some and they will appear here.